There’s a new way of playing… and it’s turning average guitar players into Masters of Melody in a few short weeks!
Play Video
sign up now!

They were very much alike, these two young men. Both demonstrated exceptional technique and had developed large repertoires during their time in school.

Both knew all the chords, scales, modes and both – as young music school graduates are – were filled with ambitious dreams for the future.

Recently, these two men returned to the music school for their 25th reunion and a class-wide, post-ceremony jam session filled with hours of improvs and impromptu ‘sit ins’ with past class mates.

They were still very much alike. Both play some impressive guitar solos. And both certainly turn heads when noodling between songs and conversations.

But there was a drastic difference when observing each of these men during the jam session: One of the players sat quietly, observing the sounds around him, timidly and sheepishly interjecting a musical reaction every now and then. Sometimes what he played fit, but most of the time he was a little lost.

The other player seemed to thrive with every new chord change and groove that was thrown his way. Nothing was written down or discussed before hand, yet and he was consistently able to completely own any musical idea that was presented to him as if he had been able to prepare, in advance, for each new musical idea.

Have you ever wondered what makes this kind of difference in a guitar player’s life?

WHAT MADE THE DIFFERENCE

It isn’t always native intelligence, education, talent or dedication. It isn’t that one person wants success and the other doesn’t.

The difference lies not just in what each person knows but how he or she makes use of that knowledge.

The story that you just read is a modified extract from a famous letter published in the Wall Street Journal in the mid 70s. It illustrates perfectly what many guitar players observe in their musical journey.

What allowed one guitarist to play freely and confidently, was simply that that player knew how to engage the most powerful tool any musician has ever had (you’d be surprised by how many players with music degrees and decades of playing behind them don’t get this). That mysterious power made all the difference.

The good news is that this mysterious power is available to you too! That is exactly what the life changing Play Over… Anything! course is about.

If you want to be that guitar player that thrives in new and exciting musical situations, feeling confident that you can instantly react and add to any musical idea you are presented with, you will THRIVE within the method that Play Over …Anything presents.

Join Chris and David in this unique, easy to follow and VERY rewarding course that will change your life as a musician for ever. You will be amazed at the progress you make. Let’s get started!

Get started to today to learn all of this and much, much more…

You will learn how to correctly ‘think before you speak’ on your guitar.

You will learn how to free yourself from what you should play and embrace what you CAN play.

You will learn how to instantly adapt to any unexpected musical change, no matter what.

You will learn how detach from muscle memory, and engage your natural sense of melody.

Your playing will become more fluid, more flexible and more dynamic as you refine the musical connections between your mind, ears and fingers.

WHAT THE PROS ARE SAYING… 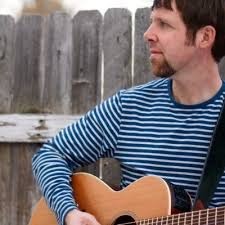 This is a detailed, collegiate-strength course that will take your musicianship to the next level. I highly recommend this course for musicians of all ages and abilities. 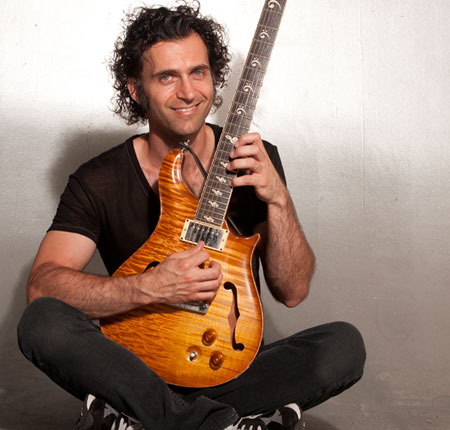 David Wallimann has great way of teaching that keeps the “play” in playing. Get ready to learn a lot and have fun in the process.

Making Changes to What You Know

6Student Assessment - What Chord Is That??

8Lenny Totally Does This, Part One

9Lenny Totally Does This, Part Two

10New and Fresh Perspectives, Part One

12A Nice, Happy Villain is Out to Get You

15The Songwriter Can't Make Up His Mind

David is a respected Franco-American guitar teacher known for his ability to make the most difficult musical concepts easy to understand and use. Thousands of guitar players throughout the world have benefited from his method. His teaching abilities and unique voice on the instrument makes him an invaluable asset in your musical progress.

Chris has collaborated with some of popular music’s greatest talent to bring the online world high quality music education. His passion for teaching and his creative approach in video instruction make learning just about anything music fun and memorable.