The course is one of the most extensive courses on the subject and will take you through a fail proof step-by-step method to learn what the pros take years to develop on their own. You can do it!
GET STARTED

Full length professionally recorded backing tracks are included giving you an opportunity to apply what you will learn.

Each video shows you exactly what to practice. The course is very easy to follow and is fail proof if you follow each video in order.

Every single pick movement has been carefully noted for you to know EXACTLY how to play the many included examples.

There is something you need to know about me… I’m a Blues player at the core.
Pentatonic licks are my to go musical lines when facing a new solo. There is nothing like playing a heartfelt bended note and feeling it vibrate and move the audience. No matter how many times I’ve played these licks, they still speak to me in such a powerful way. I’m sure you can relate!
But I have a secret… Every once in a while I dream of playing fast. I don’t mean Blues fast, I mean BLAZING fast. Now I’m not a shredder by any means and yes – Blues will always be a main aspect of my playing. But man, wouldn’t it be awesome to be able to inject some super fast shreddy licks every once in a while. I’d love that!
Now I know I am not alone. I know there are players out there in the same situation who feel that need for speed.
Could this be you? If so, keep reading!
I had heard about that technique before, but to be honest it never clicked and seemed very impractical. That quickly changed as you are about to discover!
You see, the problem wasn’t with the technique, it was with my approach. When I first was exposed to the economy picking technique, I approached it as a whole.
I tried to master every component of the technique making it very difficult and impossible to truly master. So I went to work and started carefully breaking down the technique into core concepts.

A few years ago, I decided to give this speed thing one last chance. That’s when I (re)-discovered the economy picking technique.

To help me with this task, I called upon economy picking expert Nick Kellie who currently works with none other than Frank Gambale – who basically invented economy picking!
The discoveries we both made as we prepared the topic were mind blowing, and you can now benefit from them in this course! 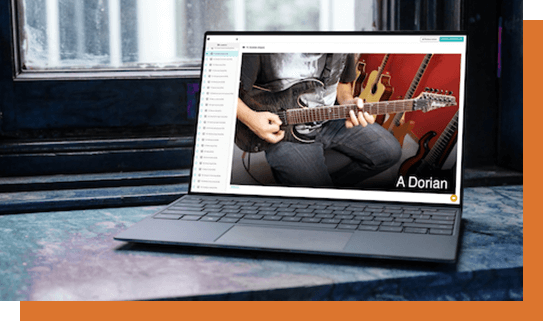 The Simply Sweeping course will teach players how to develop and master the economy picking technique.
The method breaks down the technique into very simple “micro-movements” that are at the core of the technique.
Once the technique mastered, the course offers a multitude of very practical exercises and licks that you can use to develop incredibly fast and exciting musical lines.

As soon as you join the course, you will learn how the technique works and how to use all the movements correctly

Once the core technique understood, your instructors will walk you through a series of practical exercises assuring you are executing each movement properly.

The course comes with dozens of very practical licks built on the economy picking technique.

You’ll soon discover that economy picking opens new doors leading to a multitude of exciting interesting musical ideas. We can’t wait to see where this leads you!

WHAT THE PROS ARE SAYING…

Nick is one of the best up-and-coming players out there today.
FRANK GAMBALEGuitarist, solo artist 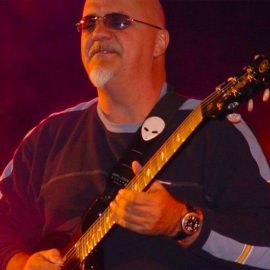 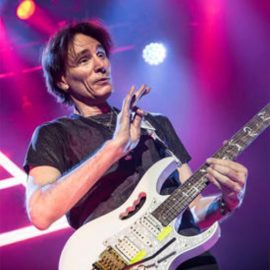 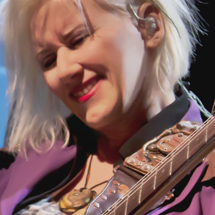 Nick’s debut record For A Brother was heard by guitar virtuoso Steve Vai, who contacted Nick personally to sign Nick and release the album on his label imprint, Digital Nations.
In 2005, Nick recorded a special live show for BBC Radio 2 and was awarded the BBC Big Band Jazz Awards’ John Dankworth Trophy for Outstanding Young Soloists.
Nick currently tours the world as the guitarist with the legendary Frank Gambale. 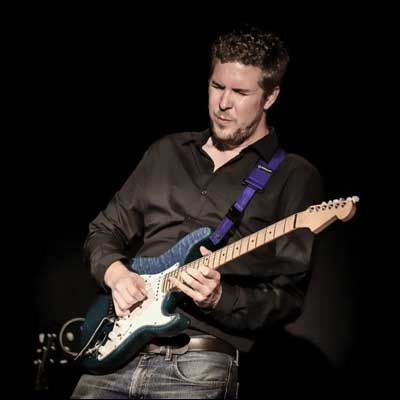 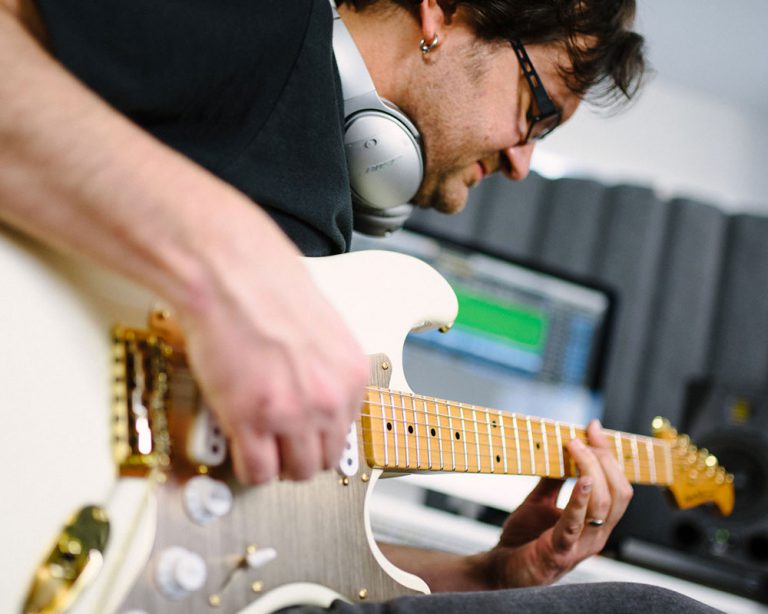 Like many of us, David started playing guitar in his teens. He went on to earn several advanced guitar and professional musician degrees from notable schools in France before emigrating to the United States in 2005 to pursue his music career.
In 2013 he began teaching at Dweezil Zappa’s annual music camp.
Today, David’s website and award-winning YouTube channel represent a popular brand empowering and inspiring thousands of guitar players to develop their own musical personality.

David is a respected Franco-American guitar teacher known for his ability to make the most difficult musical concepts easy to understand and use. Thousands of guitar players throughout the world have benefited from his method. His teaching abilities and unique voice on the instrument makes him an invaluable asset in your musical progress.
DAVID WALLIMANN

Nick’s debut record For A Brother was heard by guitar virtuoso Steve Vai, who contacted Nick personally to sign Nick and release the album on his label imprint, Digital Nations. In 2005, Nick recorded a special live show for BBC Radio 2 and was awarded the BBC Big Band Jazz Awards’ John Dankworth Trophy for Outstanding Young Soloists. Nick currently tours the world as the guitarist with the legendary Frank Gambale.
NICK KELLIE 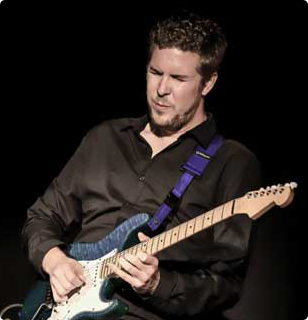